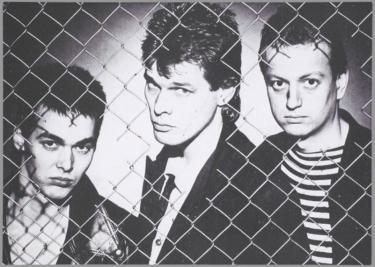 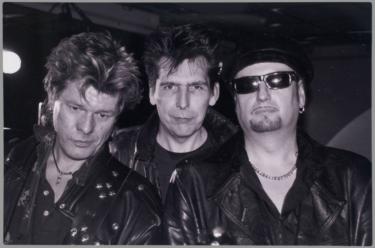 The band started off in 1979 and due to this gig (which was broadcasted live on FM by Vara radiostation for their program Vara’s Popkaravaan) they got more and more gigs and in 1980 they released their first album, produced by George Kooymans, guitar player with The Golden Earring.
They grew bigger and bigger and even played the Pinkpop Festival and Rockpalast in Germany.

They released loads of albums and singles and are still performing, these days, in the original line up again.

I recorded this concert on a crammy little Philips cassette recorder in 1979, glued to the radio as I was in those days.
It is in mono and the cheap (low noise) cassette had suffered a lot.

I have tried to boost the sound a bit and tried to deal with the many tape drop outs.
Still I like it.

A few years ago I gave a copy of this gig, through a friend, who plays as a stand-in bass player for the New Adventures, to Peter Bootsman, the singer.
He had completely forgotten about it and was very pleased to hear it again.
Some of the songs are still on the repertoire.

Well, I hope you like it and take the effort of downloading this stuff.

I do have recordings of Sweet d’Buster, Kayak, The Scene, Transister, Gruppo Sportivo, Jango Edwards & The Friends Roadshow, Stampei, Partner, The Tapes, XTC, Turf, The Cure, Steel Pulse, White Honey, so if anyone is interested , let me know !
——————-